mail_outline Contact Council phone (02) 6728 8288
Text Size
MENUMENU
Slide 3
Slide 3
perm_phone_msgContact Us
account_balanceCouncil Meetings
local_libraryPublic Library
descriptionFind a Form
view_carouselHave Your Say
paymentOnline Payments
WET WEATHER: A number of roads, footpaths and bridges are closed across the shire due to wet weather. Click here for an updated list.
WET WEATHER: The Top Fields at the Inverell Sporting Complex are currently closed due to wet weather. Closures will be reassessed later on in the week.
Council has provided an update on the progress of the Inverell Aquatic Centre Redevelopment. Click here for more information.
COVID-19 – Where can I get the COVID-19 vaccination within the Inverell Shire area? Click here for a list of locations.
COVID-19 – Drive-through testing available in Inverell. Click here to find locations.
Notice of intended pesticide application along the Macintyre River in Inverell commencing Friday, 1 October 2021. Read more.
Notice of intended pesticide application at the Ross Hill Reserve in Inverell commencing Tuesday, 19 April 2022. Read more.
Mathers Bridge, Nullamanna – Single lane operation with a reduced speed limit commencing Monday, 19 April 2021. Read more.
Intersection Gwydir Hwy, Chester St & Bundarra Rd – Roundabout construction works commencing mid February 2022 through to November 2022. Traffic conditions will vary. Read more.
Roadworks are being undertaken along Yetman Road from Palaroo Lane to Oakwood until June 2022. Works will be under traffic control during this time. Read more.
Roadworks are being undertaken at the intersection of Yetman Road & Taylor Avenue until May 2022. Read more
Chester Street will be temporarily closed at the Gwydir Highway from Monday, 28 March 2022. Read more.
Roadworks are being undertaken on Ashford Road, from Monday, 23rd May 2022. Works will be under traffic control during this time. Read more.
Listen

At the April 2016 Council Meeting, the Councillors considered another report on Plane Tree Management in the Inverell Town Centre. Read this report.

This report was initiated by the completion of an Arborist’s Report prepared for the Concerned Inverell Ratepayers’ Association. View the CIRA’s Arborist report here.

All Councillors who were present agreed that the ‘inappropriately planted Plane trees’ were causing significant problems and needed to be replaced in a ‘staged process’. As a consequence of this position, the following resolution was passed:

31/16 RESOLVED (Michael/Johnston) that the Concerned Inverell Ratepayers Association be advised that:

i) Council has considered the report by New Leaf Arboriculture (NLA), including the suggested treatments for existing Plane trees in the Inverell CBD;

ii) Council will proceed with the staged replacement of inappropriately planted Plane trees for the following reasons:

iii) The possible use of Red Maples as edge planting to create the required urban canopy be referred to the TCRP Sunset Committee for consideration and report back to Council. 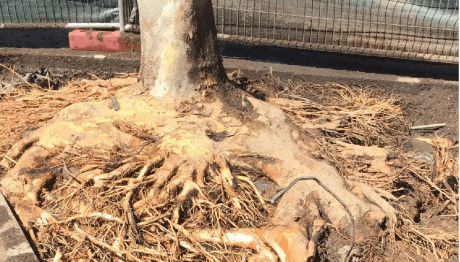 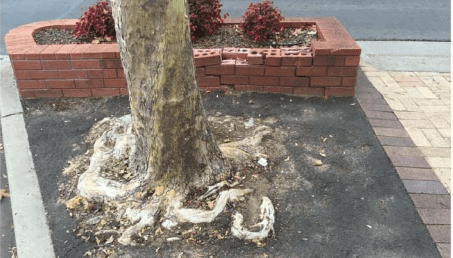 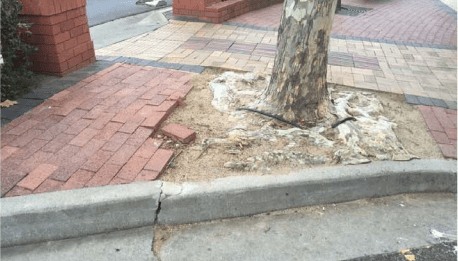 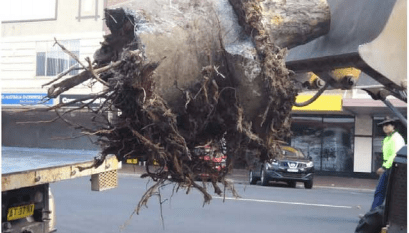 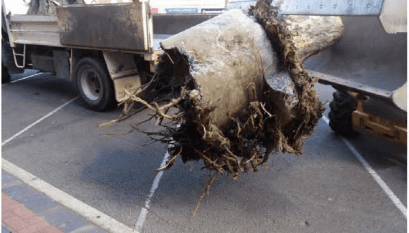