A trio of events on offer

A mix of music festivals and feel-good events will unfold in Inverell Shire over the coming weeks, providing locals and visitors alike with relief from the drought and a chance to unwind.

With the first event scheduled this Saturday in Gum Flat, followed by Elsmore and Yetman, Inverell Shire Council mayor Paul Harmon is calling on locals to get involved.

“Council is delighted to be working with our villages to develop these events to ensure they have a local flavour that reflects their community”.

“We have everything from a music festival in Yetman through to community picnic day in Gum Flat this weekend and an afternoon of magic and clowns at Elsmore Hall to open their new playground”.

These events are about providing our rural communities with a chance to catch up with others without the need to put their hand in their pocket”.

Gum Flat Family Picnic Day will be the first of the weekly events, featuring blues musician Buddy Knox with a back drop of free entertainment such as rock climbing wall, mini golf, jumping castle, inflatable bungee run and community barbecue.

Cr Harmon says with Gum Flat and Elsmore just a short drive from Inverell, he’s expecting to see good crowds this weekend at Gum Flat and also Elsmore on 1 June.

“The Music Fest is the brainchild of a group of savvy Yetman locals, who were inspired to create an event that brought music lovers to Yetman and provided a boost to their community and local businesses”.

Organisers have secured rockabilly trio Christian Power and Lonesome Train as the headline act for the two-day festival and bluegrass musician and comedian Pete Denahy as event MC.

“There’s been widespread interest in the Yetman event, which is a tribute to the hardworking volunteer organising team, and there’s people travelling from as far as Sydney for the weekend”.

With all events being supported by the Australian Government’s Drought Communities Programme, Cr Harmon says he hopes to see as many locals as possible taking in the entertainment.

The June events wrap up the six-month long, million dollar funding program which has seen upgrades to village halls and a dozen community events in all corners of the shire. 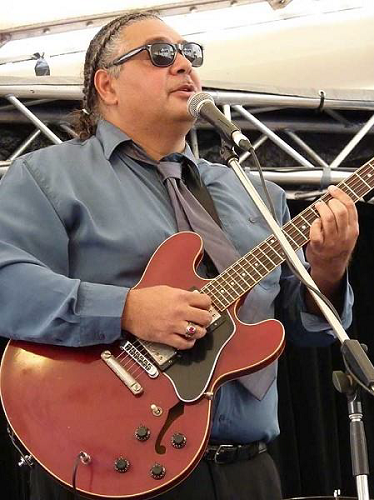