Who will you nominate for Australia Day Awards?

WITH just under three months to go until Australia Day, Inverell Shire Council has opened nominations for the 2020 Australia Day Awards.

The awards recognise the outstanding achievements of individuals who give their time to the community through their commitment and service to others.

Each year the awards are presented during Inverell’s Australia Day celebrations.

“Our shire is fortunate to have so many residents who devote their time to giving back to their local community, and it’s important that we recognise and celebrate their contribution,” Mayor Paul Harmon said.

For the first time, council will acknowledge the quiet achievers and hard workers from across the region, which will also feature a citizenship ceremony.

“Each year, Inverell welcomes more than 20 new Australian citizens and as mayor, it’s a tremendous honour to officiate at these ceremonies, so I’m delighted to see the citizenship ceremony also included on the 2020 Australia Day program”.

Cr Harmon said the Australia Day Awards paid tribute to individuals and groups who have made significant contributions to their local community.

“Now is the perfect opportunity to nominate someone who deserves recognition for their achievements and contributions – this could be through their involvement in local clubs, volunteering, charity work or youth groups, or those who take on a leadership role in the community.”

Nomination forms can be accessed below or copies are available at the Council Administration Centre, Tourism Inverell or Inverell Library. Entries close at 4:30 pm on Friday, 29 November 2019.

Winners will be announced at the Australia Day Awards celebrations and citizenship ceremony on January 26, 2020 at Victoria Park in Inverell. 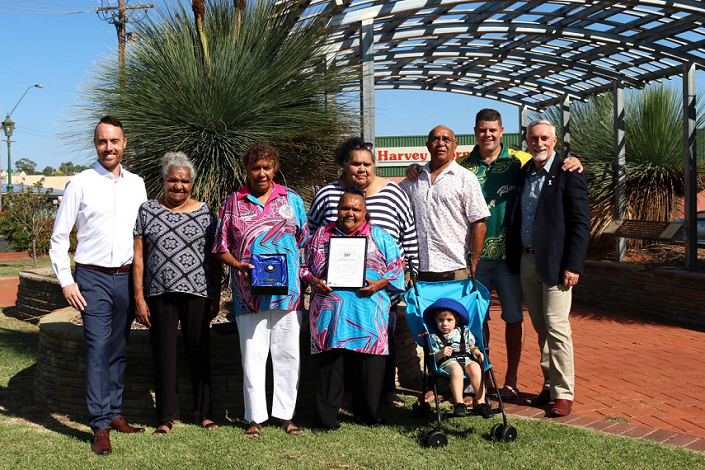 The team behind the Aboriginal Elders Olympics claimed the Event of the Year award in January this year.