A CHANCE to program and work with an industrial robot will be on offer at a free youth class later this month, with robotics and design guru Andrew Blake.

The ‘Industrial Robotics class is being coordinated by Inverell Shire Council as part of their annual youth program and is the latest instalment in their series of tech workshops for youth.

Council mayor Paul Harmon says local man and experienced trainer Andrew Blake has a wealth of skills and experience and his work in robotics has seen him travel internationally.

“Andrew is a great example of a local lad who’s excelling in his career and his knowledge of robotics is highly sought after, so we’re tremendously lucky to have him lead the class for young people”.

“Council has hosted three youth workshops with Andrew this year and it’s been terrific to see young people getting hooked on science and technology”.

Mr Blake indicated the class is targeted at youth aged 14-20 who are interested in the STEM field of study – science, technology, engineering and maths and those wanting to build on skills learned at school.

The free 5-hour class will be held Saturday 14 September, 10 am – 3 pm and includes catering for participants.

Mr Blake says the workshop is hands-on and will feature an industrial Kawasaki robot, which class participants will be programming and using.

The class will also learning more about CNC, computer numerical control, which is the basis for developing designs to be used on a 3D cutter.

Registrations for the workshop are now open and can be made online at https://inverell.nsw.gov.au/event/industrial-robotics-intro-to-cnc-for-youth/ or by calling Council 6728 8288. The workshop is supported by NSW Youth Opportunities Program. 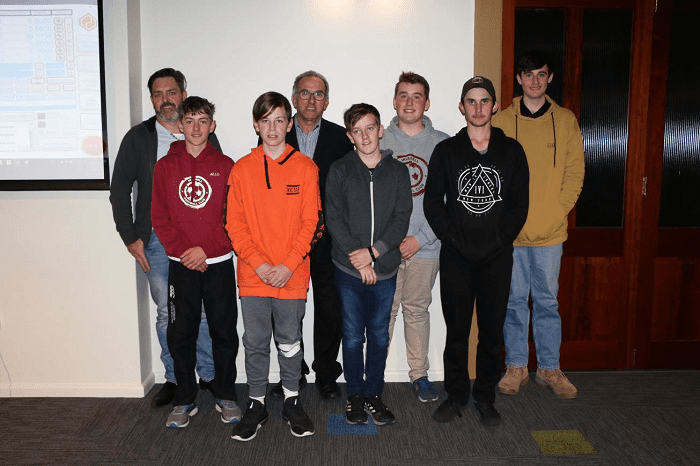