Mobile service at Copeton a reality

Inverell Shire Council mayor Paul Harmon has welcomed news a new mobile phone tower on the eastern side of Copeton Dam will soon become a reality.

Community consultation will commence in the coming days with Telstra appointing planning consultants Visionstream to gather feedback and field questions on the proposal from residents.

Cr Harmon applauded the work of Member for New England Barnaby Joyce who lobbied for the Copeton site to be declared a Federal Government Mobile Black Spot location and also worked alongside Council to secure funding for the phone tower.

The new tower will provide coverage for the entire valley, including Copeton Northern Foreshores and is part of the federal government’s $220 million Mobile Black Spot Program.

“Council has always been advocating for better mobile coverage within our region and Copeton has been very high on our priority list for a number of years,” Cr Harmon said.

The mayor indicated Council has received information the tower will be completed by April 2020.

The proposed base station will include a 50 metre tall tower, six panel antennae and six twin-mounted amplifiers near Howell on the eastern edge of Copeton Dam.

Cr Harmon said the dam welcomed up to 10,000 visitors during last year’s Christmas holidays, and mobile coverage would improve their safety.

“With the transition of residents in the Howell area to Inverell Shire and also the impending $5.7 million upgrade of the Copeton Northern Foreshores, the timing of the tower could not have been better”.

“Mobile coverage for Copeton Dam is essential for the safety of those on the water and the many thousands that visit the dam through the year. For the dozens of tradespeople expected to be involved in the upgrade, this will be terrific”.

Telstra states the proposed facility is required to meet increased demand placed on the network and it expected to improve local mobile network services, including voice calling, SMS, live video calling, video-based content services (such as news, finance and sports highlights) and internet browsing via the Next G® network.

Details of the proposed tower can be found at https://www.rfnsa.com.au/2360025 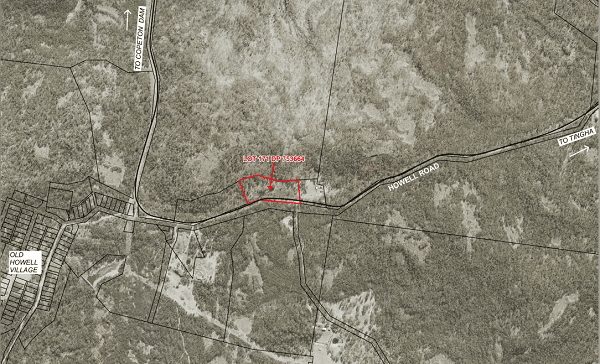 Image: The location of the new tower which will deliver improved mobile coverage at Copeton Dam.