Last timber bridge in the Inverell Shire to be replaced

THE final timber bridge within the Inverell Shire – Mathers Bridge near Nullamanna – will be removed and replaced with a concrete structure, thanks to a $1.83 million grant from the State Government, announced today by Member for Northern Tablelands Adam Marshall.

Mr Marshall said after 63 years of solid service it was time to retire the existing timber beam and plank bridge, to ensure the continued uninterrupted flow of agricultural produce throughout the northern part of Inverell Shire.

“Mathers Bridge is a critical freight link in Inverell’s road network, experiencing around 100 traffic movements every day of which a large number are heavy vehicles,” Mr Marshall said.

“It has stood the test of time and helped all farmers using Nullamanna Road to get livestock and agricultural products to market.

“Mathers Bridge is the last timber bridge anywhere in Inverell Shire, so this funding represents an historic moment for council, which has worked hard to replace all its timber structures with new, larger and stronger concrete replacements.

“The current bridge configuration is a three-span timber girder structure with equal spans of 11 metres and a width of 7.35 metres between kerbs allowing for two lanes of traffic.

“It will be replaced by a concrete bridge, which will also be 1.65 metres wider. The new bridge alignment will be at the same grade and alignment as the current bridge.

“The bridge is 32.7 metres long and will sit six metres above Frazers Creek, giving plenty of clearance when the creek has a strong flow in it.

“I congratulate Inverell Shire Council on securing this funding, which will cover the entire cost of the new bridge.”

From the start of construction it is expected the entire project will take 12 months to complete.

“This project will support the safe and efficient movement of farm freight across Inverell Shire and we are delighted the NSW Government will be providing the funds for this project,” Cr Harmon said.

“Council engaged independent assessors to examine the condition of bridges and culverts across the shire and Mathers Bridge was identified as a priority project.

“Concrete bridges require a lot less maintenance and so by slowly replacing wooden bridges in the road network council is also easing the financial burden on ratepayers.”

Successful applications are timber bridges, located on a council-managed road which are not a heritage or truss bridge and are a priority asset to council. A second round of the program will be offered later this year. 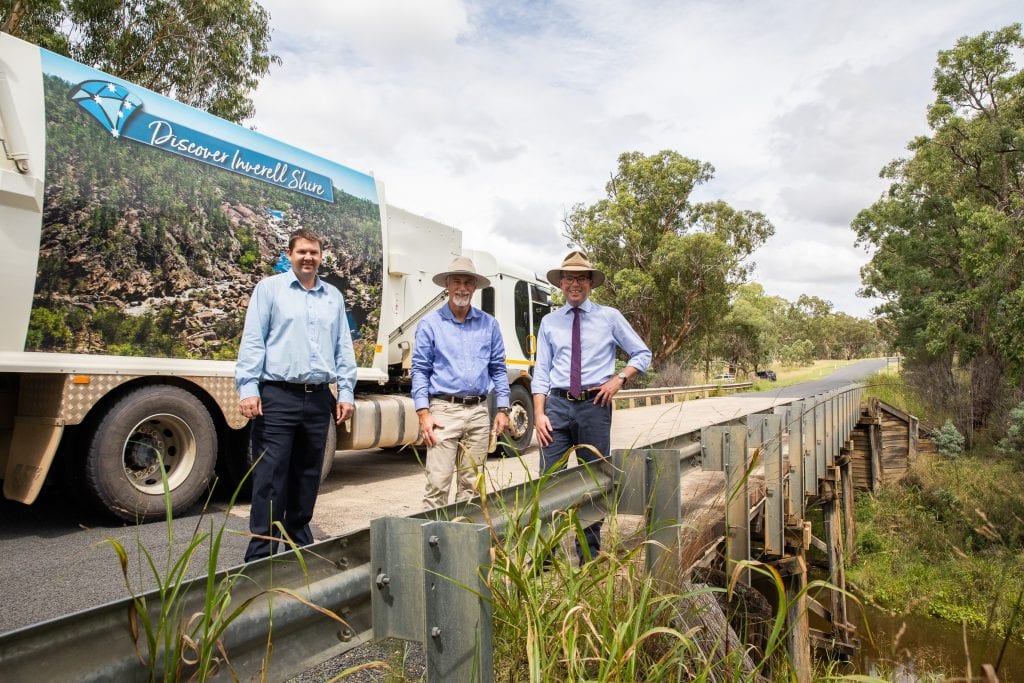