A $200,000 project to improve safety in Inverell has taken a leap forward this week, with new CCTV cameras being installed, which are set to decrease antisocial behaviour and crime in the centre of town.

The project is part of an Australian Government funding package, known as the Safer Communities Fund.

Council mayor Paul Harmon inspected the works with staff earlier this week and says camera locations have been determined through meetings with local police.

“Council discussed the project with the Inverell Liquor Consultative Committee and Chief Inspector Rowan O’Brien from Inverell Police, who provided us with information on hotspots for crime and where they would like to see additional surveillance”.

“Based on their suggestions, Council sought funding assistance from the Federal Government for the works to take place”, Cr Harmon explained.

The project builds on the 2011 installation of a full CCTV network in Inverell, which comprised of 54 cameras set up around town on specialised vandal-resistant poles.

“This latest funding from the Australian Government will provide police with critical surveillance points and will also enable Council to install additional 6-metre tall solar park lighting in Campbell Park along the river walk”.

Installation of the CCTV is being completed by a specialised team from Coffs Harbour City Council’s CitySmart Solutions, who installed the existing CBD network.

The system is powered from Council’s server room, making it easily accessible for maintenance work by their own IT staff. Monitors also provide Inverell’s Police Station with viewing and playback capability.

Federal Member for New England, Barnaby Joyce says Inverell deserves the best security and this funding will go a long way to achieving that for local people in the community.

“This added security will build on all those projects and more while providing peace of mind for local residents.”

Works are expected to be completed by May 2020. 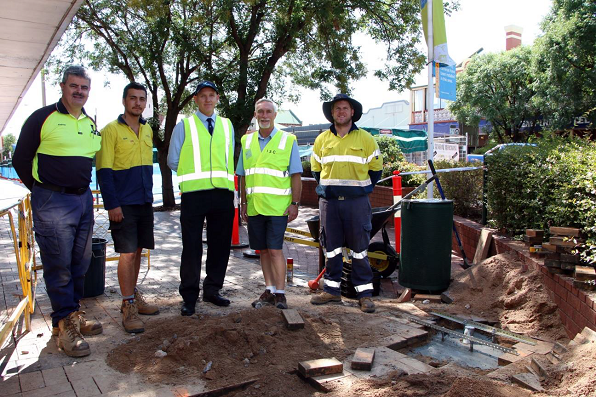