THE AUSTRALIA Day ambassador to visit Inverell Shire next month has been announced with Donna Ciccia, co-founder and Board Director of Endometriosis Australia named as the 2020 guest of honour.

Celebrations on 26 January will take a new twist, with a citizenship ceremony also being included on the program for the first time, with eight Inverell residents set to take the Citizenship Pledge.

“We had a record number of nominations this year, and across all categories, the calibre of nominees was exceptional and it certainly gave the panel plenty to consider”.

“I congratulate all nominees on their work in the community and also thank those people who took the time to single out someone from their community who is doing a great job and fill in a nomination form”.

“2019 has certainly seen locals doing exceptional work with bushfire relief and drought assistance and we also have many quiet achievers who have been working over a series of decades to help our community thrive”.

Cr Harmon advised all nominees have now been informed of their nomination and winners will be announced on Australia Day in Victoria Park, Inverell, where Ms Ciccia will be providing a speech and also presenting Australia Day awards.

“Ms Ciccia was named in the 2018 Australian Financial Review’s 100 Women of Influence and is a Member of the Federal Steering Committee for the Implementation of the National Action Plan for Endometriosis”.

In Australia, endometriosis effects one in ten, with more than 730,000 women and girls believed to be living with the chronic disorder which can cause severe pain, infertility and also be debilitating.

Donna’s personal experiences motivated her to set up Endometriosis Australia. Her goal is to pay it forward for the next generation of women so that a successful treatment and cure can be found.

The established the charity in 2012, running the organisation for over 6 years as a full-time volunteer.

Inverell celebrations will commence with a barbecue breakfast from 7.15am on 26 January. Tingha’s event will commence 6.30pm at the Tingha Sport and Recreation Club and will be followed by an outdoor movie on the sports ground. Further details on events planned for Ashford, Delungra and Yetman will be announced shortly. 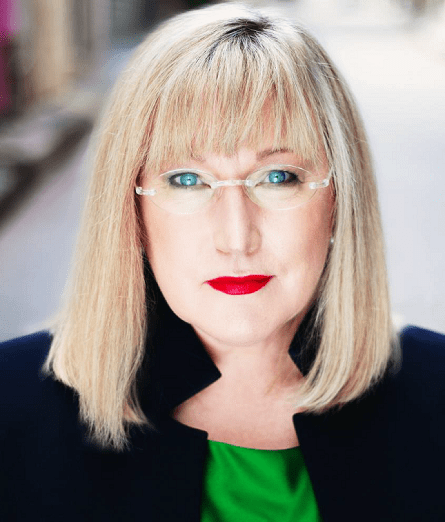 Donna Ciccia will be the Inverell Shire Australia Day ambassador in 2020.